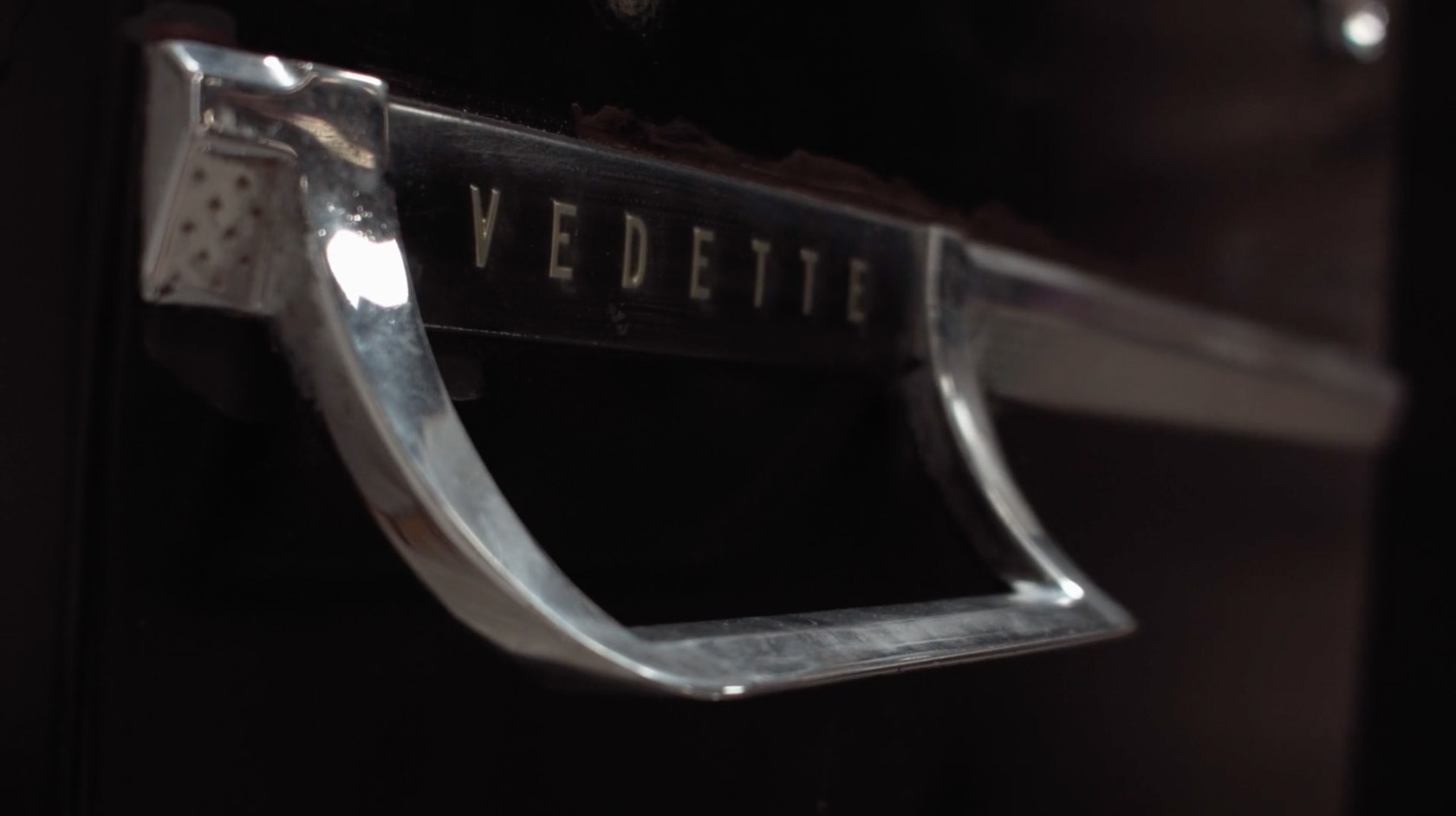 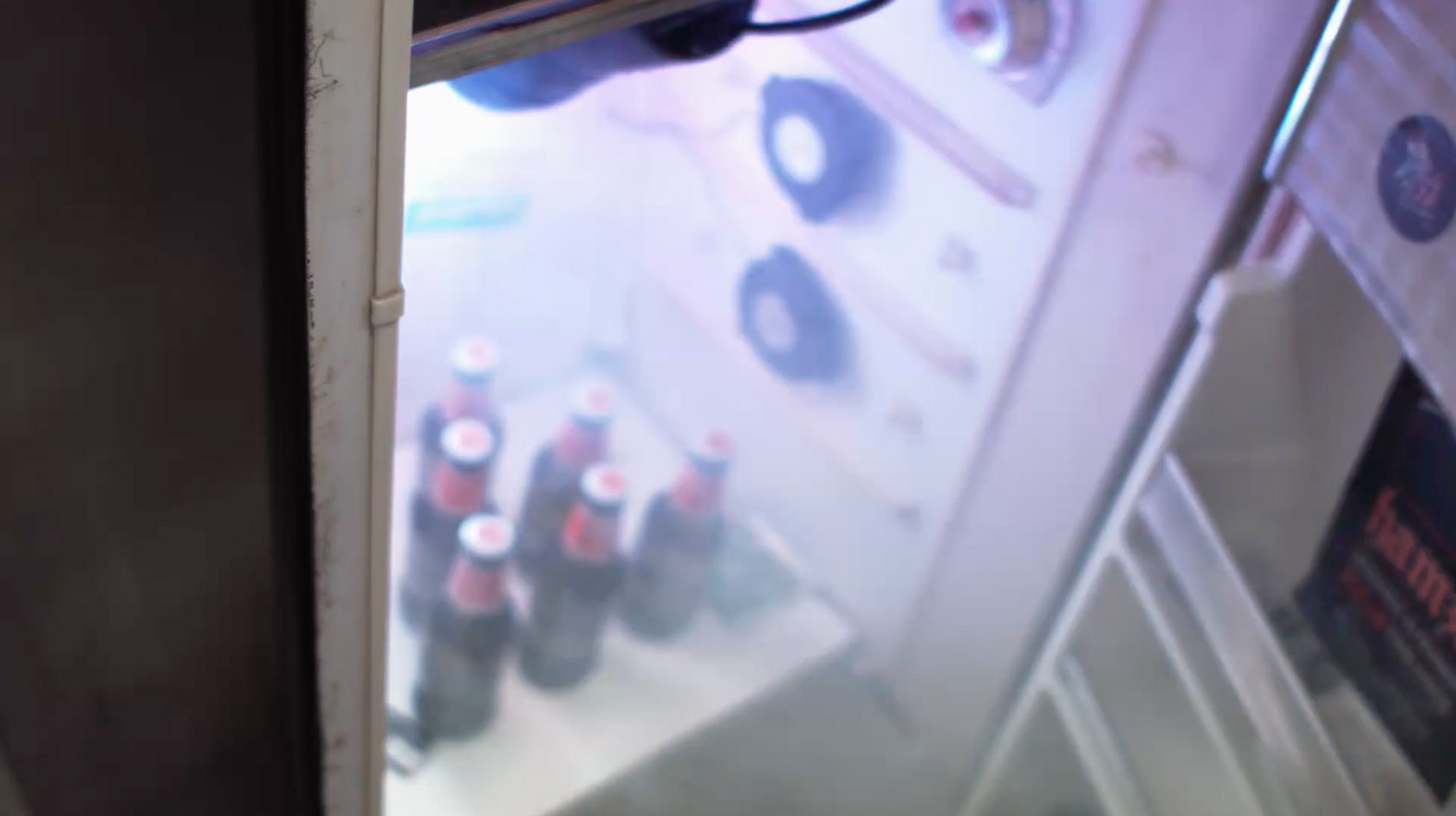 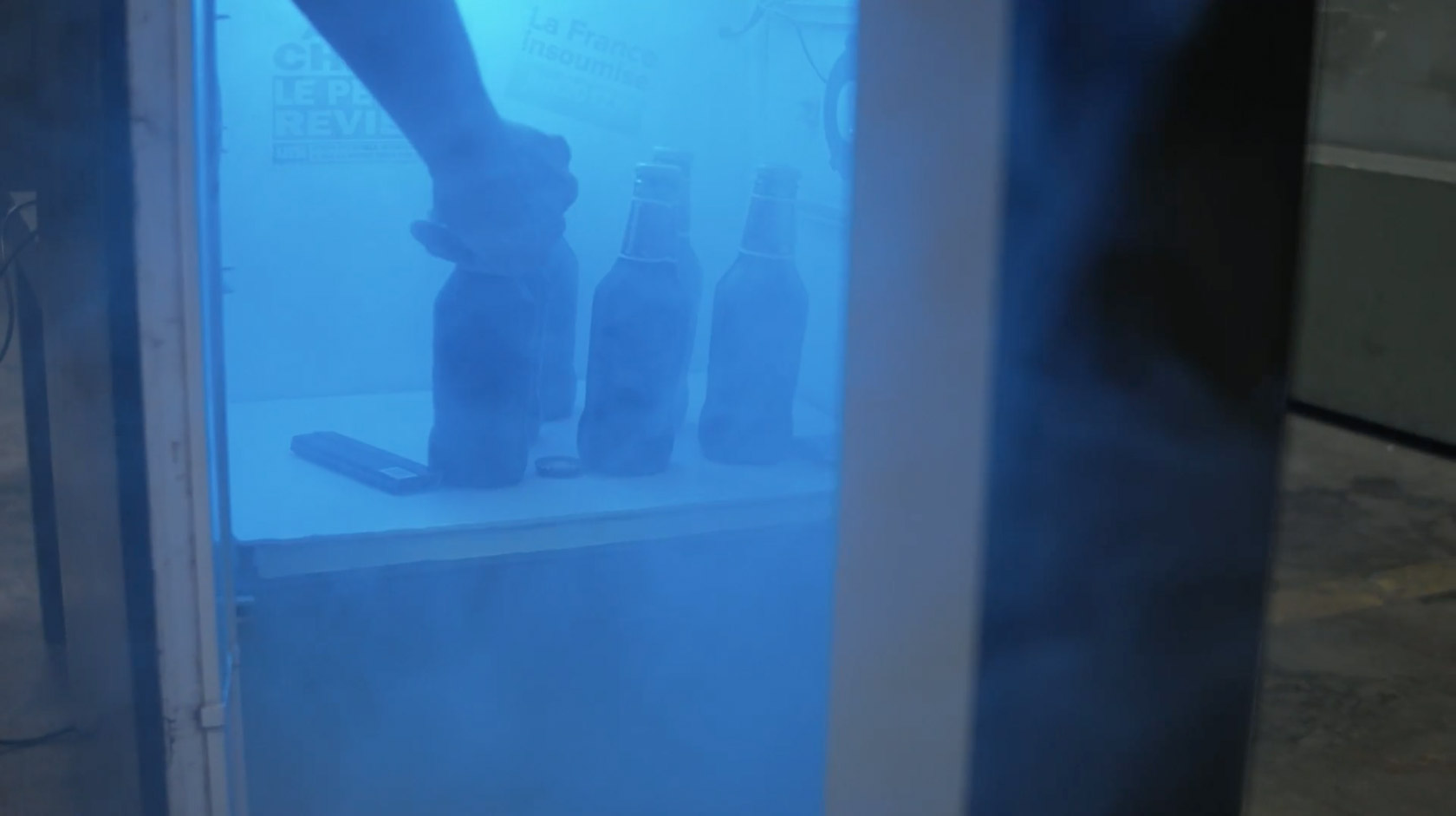 Club Vedette is an interactive project taking a refreshing approach to a complex subject. A digital art project, standing halfway between a cheesy joke and a critic on the Internet of Things. Club vedette is in fact a old “Vedette” fridge converted into a nightclub. Operation is simple : pick your drink of choice, and the fridge will put on the adequate atmosphere for you. Techno, Jazz, Funk, Punk, all clichés are here. Switches and an Arduino Uno hidden in the freezer detect the action on the drinks. A computer running Max MSP and Maxuino then controls the playlist. The music is played by some loud speakers hidden in the walls, and light is controlled through a DMX to USB interface.